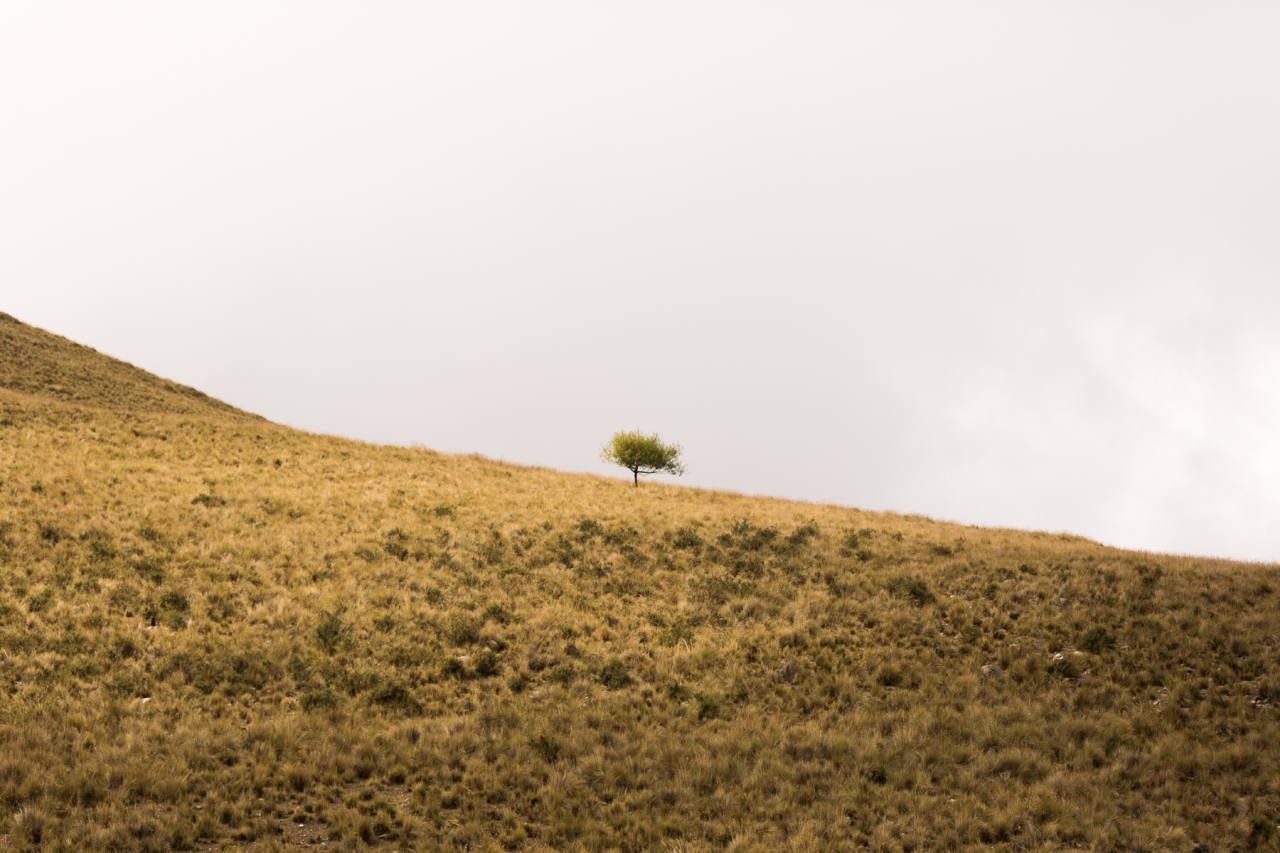 I stopped to take this photograph in a place called El Infiernillo — Little Hell — a 10,000-foot-high mountain pass between Cafayate and Tafi del Valle.
Like so much of Argentina’s countryside, the landscape along the drive was spectacular. Katrina had stayed back at the hotel to work, leaving me with the rental car, my camera, and time to kill — a fantastic combination. There were stretches of road where I stopped every 500 feet or so to take another picture, of a cactus, an adobe hut, a roadside religious shrine featuring a guacho Jesus. There was a moment, crouched in the dirt with my lens a few feet from a llama’s furry head, when it dawned on me that I might have a problem….
Anyway, it was a great daylong road trip. A woman we met had described the drive as Arizona-to-Scotland, which turned out to be fitting. The gravel road passed through vineyards and desert and fields of cactus, then wound upward until the hillsides turned green and a wet fog began to roll across the land. It turned so thick I could barely see the road ahead, but there were hardly any other cars to worry about, just mules and cows and horses and goats, all of whom seemed to think they had the right of way.
I passed a sign which announced I was entering Little Hell, and up the road I saw this lone tree in the fog. It must have done something pretty bad….